“Mom!” my older daughter called as she was starting to braid her sister’s hair. “Mom, I just found a lice in Antonia’s hair!” We were about to head out of the door for school. I sighed and let the annoyance wash through me. Great, that was just what I needed now!

Then I thought about my options. I asked my husband to drive the older kids to school and stayed back with Antonia to do what needed to be done.
While not happy about it, my internal dialogue was pretty quiet.
That was new.

Having lice used to be a huge thing for me just a couple of months back. And with huge I mean huge. Monumental. Identity crushingly huge. If you, dear reader, have a moment of “huh?” here, that is exactly where I’m getting to.

Let me explain. I grew up in rural Germany. I never had lice as a kid. Nor did anybody I knew back then. I only knew about lice from children’s stories, like Astrid Lindgren’s. The children who had lice in those stories were the poor kids from the projects. Like “Lice Mia” in “Madita”, one of my favorites. Mia not only had lice that would crawl all over her head and her desk, Mia was also dressed in rags, was snotty with filthy hair and on top of it she was mean.

So, fast forward into 21. Century Los Angeles. My kids came home with lice for the first time last year. First I didn’t want to believe it. I seriously tried to ignore my friend’s email saying “Check your kids, I just found lice on mine.” That just couldn’t happen, could it? Well, it did. And that was when the monumental frustration and disbelieve set in.
I was appalled and angry. Angry at my friend’s kids, angry at our school, angry at the US (yes, seriously).

What was the problem? Yes, of course, there was the annoying thing about the chemical’s, the combing, the tears, the washing, the missed stuffed animals. The shear amount of time spend on getting them out.
But my suffering was about something else. It was about the meaning this had to me. It felt like something had pushed me into the prejudice of Mia’s world. Poor, disheveled, uneducated, mean. I was stuck in my story. And that was where the real suffering nested.
Talking to people here let me realize what was going on inside of me. Yes, lice are everywhere. Don’t even get started about private schools, etc. This helped me let go of my story and see it for what it was: opinions, which in this case weren’t even true in the first place. What a relief.
At the beginning of this school year I got a call from my sister, who still lives in rural Germany. And? Yes, you are dead right: Her kids had lice. And so did half of their school. I relaxed back into my chair and just laughed.

You might want to ask yourself: When you are upset about something, where is the suffering? Is it the circumstances or is it the meaning you give to it? 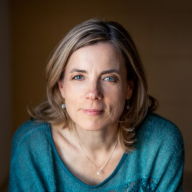